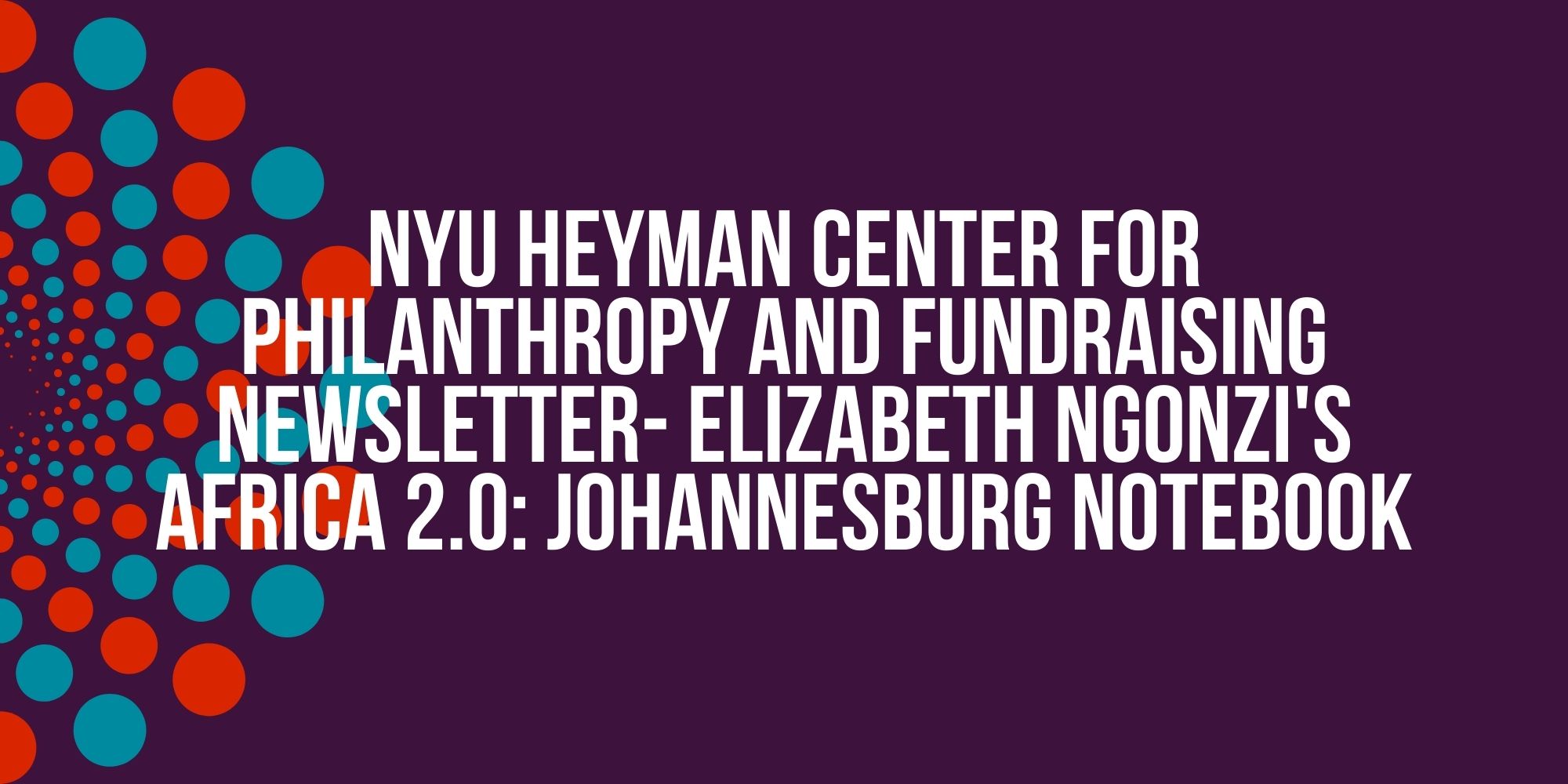 Greetings from Johannesburg, South Africa! My two weeks here this month have been filled with great opportunities to connect with leaders shaping the African continent’s entrepreneurial future; protecting its most vulnerable people and wildlife, and preparing its young people to become well-rounded and ethical future leaders.
While most people see the African continent as one of lost hope, the experiences I’ve had during this trip in my continent of origin (I’m originally from Uganda), along with research I’ve read, reinforce my belief that Africa is experiencing a great renaissance filled with terrific promise.
The first one of those experiences was a conference hosted by the 10th Biennial Convention of the Southern Africa Institute of Fundraising, where I shared the latest online and mobile fundraising trends and strategies. One trend I shared was the 2011 Kenyans4Kenya initiative, which raised $2.3 million over three months that year via mobile technologies to help victims of local drought and famine. I also shared how 240,000 Kenyans raised $1 million in one week using their cellphones using the M-PESA platform. It was a fundraising drive that dramatically demonstrated the increased ability that mobile technology makes possible to catalyze fundraising among people previously thought only to be aid recipients.
I also had the privilege of keynoting the inaugural Southern Africa Fundraising Awards, which honored South African organizations and individuals for their leadership, including: the Kafue Gospel & Community Development Organization in Zambia, for producing a big idea with a small budget; the CHOC Childhood Cancer Foundation in South Africa, for developing an innovative fundraising campaign, and the OASIS Organization, for social enterprise. Louise Driver the CEO of Children’s Hospital Trust in South Africa, was named Southern Africa Fundraiser of the Year, and Kathryn Torres of Shine Centre was named Volunteer of the Year. Hearing all of their stories of accomplishment amid the global economic meltdown that impacted South Africa significantly was proof that no matter how bad things may get, there will always be those who find ways to do more with less and create innovation out of challenge.
Another highlight of my trip was my time spent as an Expert in Residence at the African Leadership Academy in Johannesburg. Its goal is to develop the next generation of African leaders by providing them with an exceptional education, “preparing them for life on an ever-changing global stage.” ALA’s two-year intensive, pre-university program goes beyond traditional curricula by incorporating courses of entrepreneurial leadership and African studies, producing students accepted into the top universities worldwide and catalyzing more than 15 student-funded enterprises now thriving in 10 countries across Africa. I spoke to some of this year’s students about how to curate their digital brands for career excellence.
I look forward to further sharing their stories at the Heyman Center as an inspiration to all!